Rye is a very ancient cereal, cultivated since prehistoric times.Its origin is located in Turkey, for a long time it has been considered a food for the poor and as food for livestock.

It is not suitable for coeliacs, it contains gluten, although a small amount is therefore usually mixed with other flours to make bread, because as it contains little gluten, rye bread does not bind well, it is less fluffy for this reason.

Rye is similar in composition to wheat, although it contains protein and fiber, and less gluten. 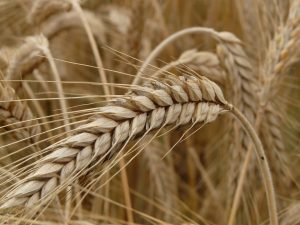 It is digested more slowly than other cereals, because the starch it contains is enclosed in a thin layer of cellulose.This is an advantage for diabetic people, since the release of its glucose molecules is done in a progressive way, thus avoiding the sudden increases in glucose level.

Most of the composition of the grain are carbohydrates (55.20%), it also contains quite a few proteins

As with the vast majority of cereals, it is deficient in lysine, so it is convenient to combine it with legumes that do contain this amino acid.

Rye is a good source of vitamins and minerals, vitamins B1, B2, B6, E, niacin and folates and minerals such as phosphorus, magnesium, iron, zinc and selenium stand out.

What product are you looking for ...?