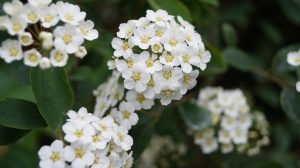 WHITE HAWTHORN,,es,Crataegus oxyacantha the L,,es,It is a kind of white hawthorn Crataegus monogyna coexists with L.,,es,It is the properties of both virtually identical,,es,They differ in that the berries of the species oxyacantha have two or three bones,,es,while the monogyna only have one,,es,Flowers and fruits of hawthorn,,es,They are one of the most effective herbal remedies for treating tachycardia,,es,hypertension and other nervous disorders cardiocirculatory,,es,Dioscorides,,ga

Crataegus oxyacantha L. is a species of hawthorn that coexists with Crataegus monogyna L., the properties of both being practically identical. They differ in that the berries of the oxyacantha species have two or three bones, while those of the monogyna have only one.

The flowers and fruits of hawthorn are one of the most effective plant remedies for the treatment of tachycardia, hypertension and other cardiocirculatory disorders of nervous origin.

Dioscorides, keen observer, brilliant botanist and prominent physician, already recommended this plant to strengthen the body and to cure various ailments. Perhaps its name comes from then Crataegus, which in Greek means "strong goats."

Hawthorn has always been highly valued as a remedy. But the empirical knowledge of it, based on its effects on goats, could not be scientifically proven until the 19th century. Jennings and other American physicians of the time studied the cardiotonic properties of hawthorn.
In our days, hawthorn enjoys great prestige as a medicinal plant, and is part of many phytotherapeutic preparations.

The flowers especially, and also the fruits of hawthorn, contain various flavonic glycosides, which are chemically polyphenols, to which their action on the heart and circulatory system is attributed. There are also triterpenic derivatives and various biogenic amines (trimethylamine, choline, tyramine, etc.), which enhance its cardiotonic effect.

The whole plant, thanks to the properties of all these substances it contains, is:
Cardiotonic: Property attributed mainly to flavonoids.

This enzyme is what breaks down ATP, a substance that serves as an energy source for cells, including those of the heart muscle. By preventing the destruction of ATP, the cells have more energy, and there is an increase in the contractile force of the heart, and a regularization of its rhythm. For this reason, hawthorn has the following indications:

(weakness of the heart), accompanied or not by dilatation of its cavities, due to myocarditis or cardiomyopathies (inflammation or degeneration of the heart muscle), valve lesions or recent myocardial infarction.

The cardiotonic and antiarrhythmic effect of hawthorn is similar to that obtained with digitalis (not in acute cases).

Hawthorn lacks the toxicity and accumulation dangers of digitalis.

It is useful in those people who suffer from nervousness, with a feeling of tightness in the heart, tachycardia, shortness of breath, anxiety or insomnia. It is one of the anxiolytic plants (which eliminates
anxiety) most effective known.
.
Extracted: Encyclopedia of Medicinal plants by Dr Pamplona Roger ..

Herboristeria ,, online sale of herbal products at the best price.

We use cookies to ensure that we give the best user experience on our website. If you continue to use this site we will assume that you agree.Vale